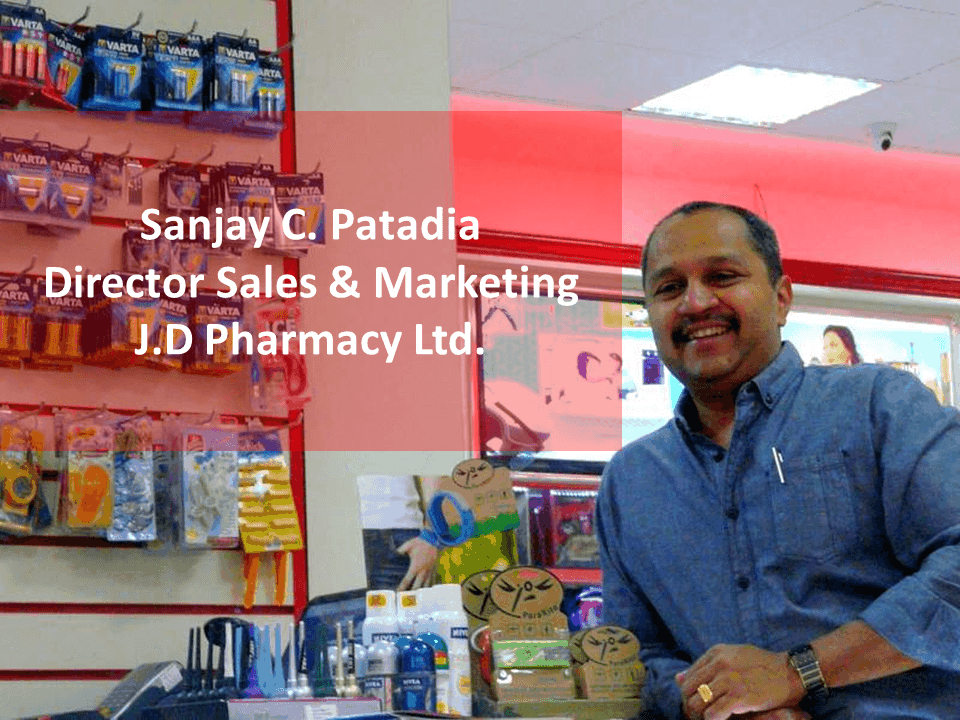 Everybody who lives in Dar es Salaam knows JD Pharmacy, the well-known pharmacy chain that has several branches spread across the city. In 1990 the company opened their first shop in Kariakoo and now they are about to open their seventh shop at Diamond Plaza. What not everyone knows is that JD Pharmacy stores are run on Exact Software. For daily operations, JD Pharmacy uses Exact Point of Sales (POS) and Inventory Management. We had a talk with the owner, Sanjay Patadia.

We know you have been using Exact Software for quite some time, is that true?

Yes, it is. We started using Exact Software more than 10 years ago, in 2003. Before that, we were using another software in our stores but it could not handle a large number of items that were in our database. After crashing for three times I decided to look for a better option.

So you came to Exact. Were they able to help you?

They were. Since I do a little programming (of the cash register) myself and we tried already several vendors, I knew exactly what I wanted – and what I didn’t want. Exact provided the robustness and stability we were searching for, even when handling large amounts of items and transactions that JD Pharmacy deals with.

How many are we talking about?

JD Pharmacy has more than 18,000 items on sale and all the branches together process more than 1000 transactions per day. Additionally, we are always expanding and adding new items to our stock and Exact is able to accommodate this.

Do you know Exact has a site transfer module as well for syncing across different sites?

Yes, I know and in fact, we want it. First, we need to solve some internal issues before we implement it. It will be a huge leap forward in terms of control.

What can you say about the support of the Software?

I am very satisfied about that. The problem with implementing these systems is that there are a lot of components such as hardware, software, network, internet, etc. For every component, there is a different supplier and it’s a hard task to bring them all together and once issues arise everybody pushes the problem to someone else. Exact is unique in the sense that they take ownership and come to your site if necessary. They even coordinate with other vendors to get a solution!

Is it true that JD Pharmacy won several awards?

Is it safe to say that Exact Software played a part in achieving those awards?

Without a doubt Exact was a major contributor for us achieving these awards.